One of the legendary weapons of the original Destiny game has returned in the remastered version of the Destiny 2 King’s Fall Raid during the Season of Plunder and quickly became one of the most sought-after exotic weapons in the game as well as one of the most requested boosting services.

Touch of Malice is the latest raid weapon added to the game, and the fastest way to access this weapon is through our services. Purchase the Malice Touch and you will receive:

The loot pool from Oryx can include any random raid weapon, including Zaouli’s Bane hand canon or Doom of Chelchis scout rifle.

Due to the random nature of the service, getting this Exotic weapon may take some time – you can easily outsource this weekly task to pro players and they will kill the last boss Oryx three times each week until the Touch of Malice finally drops.

If you wish to minimize your time farming the raid and get the Touch of Malice guaranteed, your best option is to buy Touch of Malice Exotic Scout Rifle with account sharing. In order to complete the boost, a player from our team will log in to your account each week and kill the Last Boss three times until you get the weapon.

If you want to buy Touch of Malice, Epiccarry services are the best option to consider – our team has gathered thousands of excellent reviews from our grateful customers in Destiny and other game titles. Customer support chat is available 24/7 to provide assistance with the purchase or any questions related to our services.

Boost is available on the PC, PS, and Xbox platforms.

We don’t use any programs or bots – all orders are processed manually by our players. The stream of your boost or screenshots are provided at your request.

This service can be provided either in Self-Play or Piloted mode which includes account sharing. Please, be ready to share your login and password with the booster if you choose the Piloted mode.

Participate and fight alongside a Fireteam of professional Destiny 2 players with the Self Play option or leave the challenge to the pro player, share the account and simply wait for results.

We cannot provide specific deadlines for boosting services with a completely random drop – the service will be provided until the required item drops.

Selecting the extra options allows you to customize this raid weapon boost service to meet your requirements.

Express and Priority – we will focus on your order in priority, reducing the ETA as much as possible and performing a fast service right after the weekly reset.

Obtain Catalyst – we will complete the Catalyst Puzzle within the King’s Fall raid. The Touch of Malice exotic is required.

Catalyst Masterwork – we will defeat 700 enemies with the Touch of Malice to complete the Masterwork process.

Contact the support team using the chat on our website to get additional information about the service or make a custom order.

We guarantee that you will get the Touch of Malice weapon. However, we can’t guarantee its Power Level as it entirely depends on your current Power Level.

Other ingame items obtained during the boost are all random drops. We can’t guarantee any specific items drop.

Boost guarantee time starts from the moment of booster log on to your account and works only for services provided in the Piloted mode.

Guaranteed time does not count for possible game maintenance or lags.

Small delays may occur as during certain hours boosters might be having a rest or be less active. In this case, Cross Save can help significantly, as a PC player will be able to fulfill your PS4 or Xbox order. Unfortunately, there are fewer Destiny 2 players on PS4 or Xbox compared to the PC platform.

It takes only a couple of minutes to enable the Cross Save. If you have some difficulties with it, please contact our Customer Support team for assistance.

Power Level 1560+. If you don’t meet this requirement, you can improve your Light Level using our Power Leveling offers.

To provide the Piloted mode service we need only your login and password. We don’t need the answer to your secret question nor the password to your email address, which makes it impossible to steal your account.

Depending on the Platform of your choice, you are required to provide us with the Steam Guard/Playstation/Xbox authenticator code to process the service.

Contact the Support team if additional information is required.

Raid Exotics were always at the top of weapon wishlists for good reasons – their unique mechanics and gameplay, powerful capabilities, and style. The Touch of Malice Exotic Scout Rifle is no exception.

How to get Touch of Malice?

While its predecessor from the original Destiny game could be acquired through a long quest line that involved gathering Calcified Fragments, killing King’s Fall raid bosses, and gathering various materials from strikes and around the world, the Destiny 2 version of Touch of Malice is simply a random drop from Oryx, the last boss of the King’s Fall raid introduced in the Season of the Plunder. You have a chance to loot the Touch of Malice once per character each week.

What does Touch of Malice do?

The unique mechanic of this Exotic scout rifle is that the final round in the magazine deals double damage and reloads itself but at a grim cost to the weapon’s wielder as it consumes a portion of the player’s health with each shot. Three rapid kills restore health, making it especially good at add clearing.

Increasing damage at the cost of health may sound harsh, but it’s a fair price to pay for the provided firepower, especially with various health regenerating abilities and defensive cooldowns having much more presence in Destiny 2.

Charged with Blight is a new perk that was added in Destiny 2 – it is a charged secondary fire that shoots a ball of darkness that poisons and blinds enemies. All poisoned targets take 50% additional damage from all other Weapons of Sorrow, which includes the Touch of Malice itself, Thorn, and Osteo Striga. This perk increases the DPS of the Touch of Malice scout rifle even further and provides additional tactical advantages in hard mode PvE scenarios.

Is Touch of Malice good?

Most certainly, it is one of the best Primary exotics in the game, on pair with the Outbreak. It may not be as good as some other exotics in PvP activities, but it truly shines in PvE to quickly get rid of multiple enemies, especially if combined with the Necrotic Grips Exotic to spread the poison on each kill. Pair it with the Radiance or Restoration buffs, and you have an insane damage potential in your hands.

The Malice Touch Catalyst adds the Rapid Hit perk which makes precision hits temporarily increase stability and reload speed. Being able to sustain fire for much longer with improved accuracy makes it easier to deal maximum damage with the weapon, as well as quickly reload or switch to alternative fire.

To get the Touch of Malice Catalyst players must complete the secret raid puzzle with the exotic equipped. There are four plates spread across the raid – a player with the Touch of Malice must stand on top of them to spawn the relics. The fireteam must pick them up and deposit them all at the altar simultaneously.

Once you receive the Catalyst, it will take an impressive number of 700 kills to complete the masterwork and activate the perk. Remember that the Season Pass Catalyst bonus does not apply here, as it is not a seasonal exotic.

What is the drop rate for Touch of Malice?

It is not easy to get your hands on this raid exotic – not only it is a drop from the Final boss of the raid, but the chances of the drop are actually quite low, around 5% estimated by the community.

You have a chance to loot the Touch of Malice once per character each week, giving you a total of three shots a week. 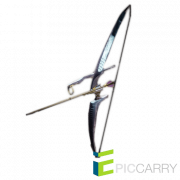 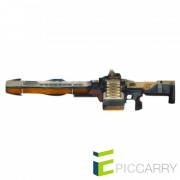